What is the future of the Press ?
What future monetization models for Media groups ? What solutions for the printed press ?
  
By Z Team Digital Use Cases January 10, 2018

After dozens of interviews with Press leaders, and 50+ years of combined technical experience as entrepreneurs, the Z Digital Agency Team came up with some massive trends shaping the future of the press, as well as a series of potential solutions for Media groups.

In reaction to the Fake News movement

Thanks to its “Fake News” Twitter guerilla, the Drumpf administration re-launched some newspaper subscriptions like the New York Times. But one graph could summarize the entire crisis of 2016: 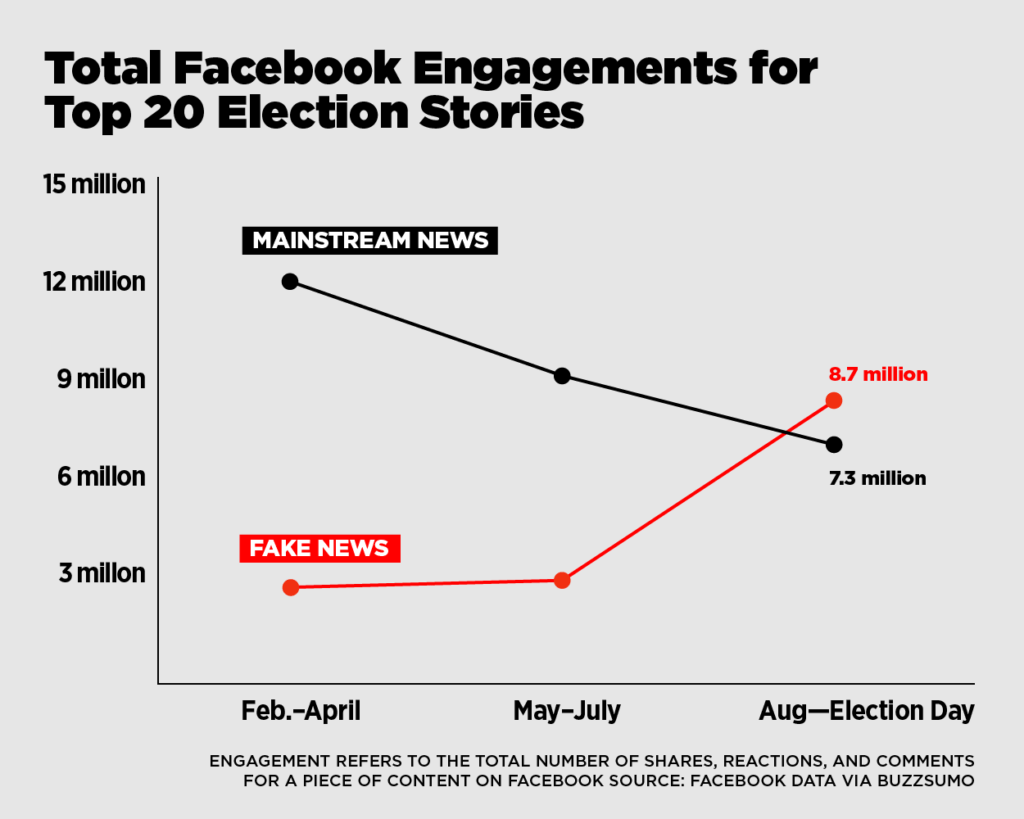 Yes, during the last part of the 2016 US election, the Facebook engagement for Fake News took over the engagement for the top 20 stories from traditional media covering this event.

According to a recent study from Forrester, people trust search engines more than traditional media as information sources.

“A recent survey showed that users spent on average 50 minutes per day for scrolling on Facebook’s platforms in comparison to 5 minutes they spent for reading the newspaper,” Juliane Leopold

We have seen two main trends over the past decade:

What new value added for the press ?
Journalists are not vouching for the truth
“In many ways the British press is industrialised confirmation bias. They ensure their journalism confirms their readers’ political bias. “Echo chambers” aren’t new or confined to social media – they have been the business model for the tabloid press for decades.” BBC’s media editor, Amol Rajan.
Journalists know how to dig and cross-reference sources, not based on their social media engagement, but on their real value. Until AI does the same, journalists will have a real value added.
On the other end cultural cognition, a well-known phenomenon for psychologists and sociologists, is key to bringing deeper analysis to press consumers. In the wake of Fake News, the understanding and debunking of identity-related point of views has never been so relevant.
Artificial Intelligence will help bringing the cultural cognition analysis to an industrial scale for press groups, while the social media giants will provide a bigger and bigger bubble effect to their users. This may be the long-term advantage of press groups over the Silicon Valley giants.
However there is another Press trend:

Press audience and content consumption has never been so high, but traditional models have all come to an end. Indeed what was paid 10 years ago is now free. What is paid today will be free tomorrow.
But there is light for the Press with the rise of content marketing, the number one online growth strategy. And who is better at this than journalists?
The press reaction to silicon valley giants
Let’s start with a deeper analysis of the situation. As Tony Haile said:
“There are two routes for publishers:

The challenge for the publishers is, in general, an unwillingness to make a hard decision. They end up sitting in the middle trying to optimize for both, which means optimizing for neither.”

This move was necessary, but not sufficient.

The technology should be at the center of their strategy, to really compete with the GAFA. Indeed Media groups advantage lies in their ability to focus on specific needs, not the entire advertising industry. We will detail some technological moves further below.

Local Newspapers have been very resilient to the Media crisis. History already taught us a lesson with the story of the Tenby Observer in 1978.

According to a 2016 study from the Advertising Association, digital ad spend in local media is forecast to grow faster than any other media, except video (another interesting move of vertical integration to be detailed further below).

Local newspapers have a responsibility: give local communities a voice and representation.

More than 60% of a household budget is still spent in an area less than 20 km far from home. Local classifieds and local advertising solutions are still to grow. Google Local Business solutions are not currently replacing other advertising solutions. Additionally, the ever-increasing cost per click of Adwords campaigns (due to growing competition, but also due to most Adwords budgets being spent on broad keywords) is a good reason for advertisers to prefer local media solutions, both for branding and traffic goals.

To put it in a nutshell, media groups have started taking some risks. As Will Lewis, chief executive of Dow Jones recommended: “invest in innovation, harness technology rather than be led by it, get ever closer to customers, diversify revenue streams, attract the best talent you can and – crucially – reinforce journalism’s civic role: holding the powerful to account through the power of great storytelling.”

New monetization solutions for the Press
1. The donation model

Like Wikipedia, several Newspapers have tapped into their audience to fill empty pockets, and face their overheads. It is actually a great way to measure their impact and fund the launch of new strategies. However, it is not a sustainable stream of revenues. Some niche newspaper were even created thanks to crowdfunding campaigns, exactly like for startups, aiming at a specific need and audience.

This model requires a very light and flexible team, to keep the cost at their minimum, but also a niche and need-based model.

2. The Paywall model
Most Press groups are currently using this solution to restrict the access to some articles or after a certain number of articles read, offering their audience to subscribe or make a micro-payment for the specific article.
Beyond this classic model, two innovations are interesting:
3. Data-based advertising
The century-old model for Media group hasn’t yet said its last words. This quote is key to understand advertising for the Press:

“Nobody hates ads, but everybody hates irrelevance.”

Media groups have understood that if you depend on the GAFA for both your traffic and your advertising placements, you are doomed to fail. Therefore they have built their own advertising placement solutions on the one hand, and have relied on related contents promotion solutions, like Outbrain, on the other.
However, another key factor is at the heart of the success of the GAFA: Data.
Press groups are sitting on large amounts of data, but have not yet harnessed the full potential of them. Here are some ways currently being tested:
4. Haute-couture advertising

Who is better at telling daily stories than journalists? Today’s brand management is all about storytelling across multiple touch-points.

On the format first. Audio, video, interviews, redacted contents and photography based storytelling are the minimum requirements for a press group to perform at those Haute-Couture capsules. Remote workers, freelancers or partner agencies are key to succeeding at creating the ecosystem, while maintaining low overheads.

On the platforms now. When launching an advertising campaign, premium brands require multiple touch points, all highly segmented. It requires high-quality data set (see it as a personal invitation to a haute-couture catwalk event for instance). It also requires several platforms, from buzz to very niche audiences.

Some media groups like Axel Springer, for instance, got it right by purchasing very specific audiences, to answer its advertisers target groups. Last but not least it requires a succession of touch points. Press groups will have to map their customers’ journey across platforms (press websites and even printed newspapers) to allow better retargeting. On average a client purchases after 6 interactions with the ads.

It also goes without saying that Media groups should vertically integrate more of the value chain, from ideation, story-boarding to edition, publishing and revenue management.

A good example is Canal +, the french private TV channel, which purchased Studio Bagel, a creative agency for short stories formats that was initially broadcasting on its own web channels.

Actionable advertising inside contents and videos

As printed press went digital, text is being replaced by video (and faster than we think). Engagement rates for videos are through the roof, and production rates have dramatically decreased.

The GAFA are investing heavily in video advertising, but they are building automated systems, a one size fits all solution. On the other hand press groups (still) have editing capabilities. Human understanding of context is still far beyond current commercial AI applications. Therefore media groups have the ability: 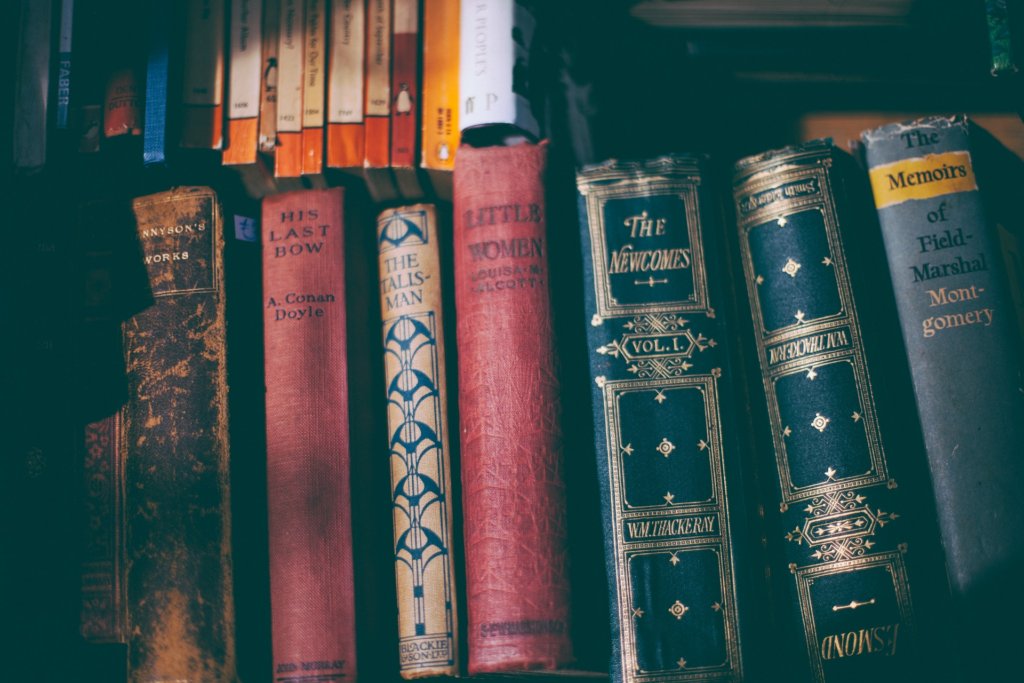 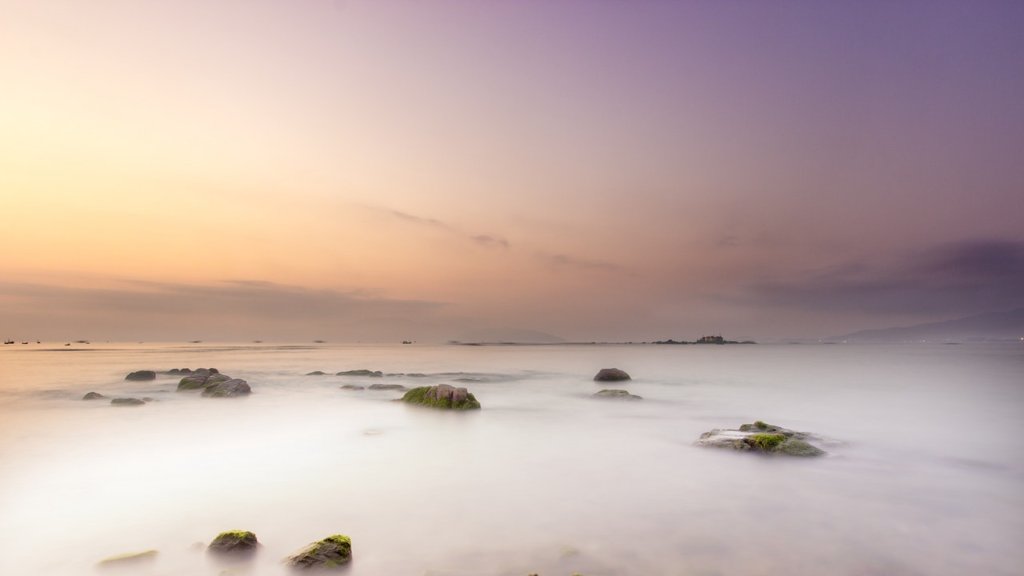 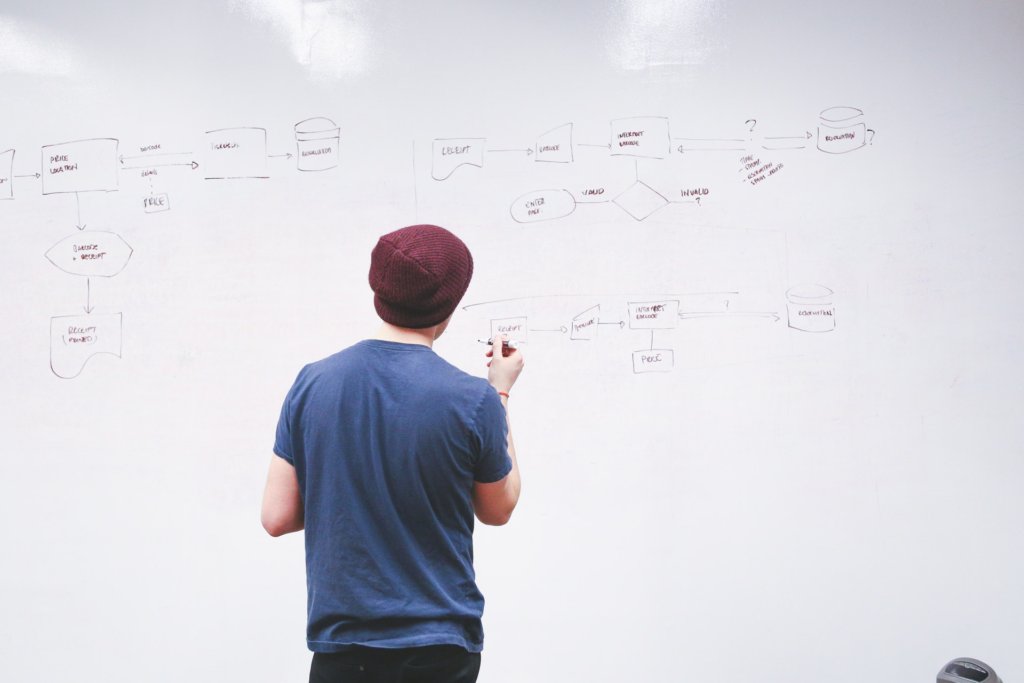 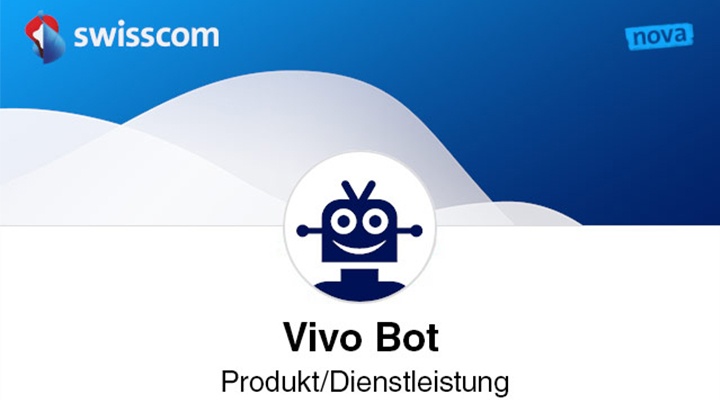 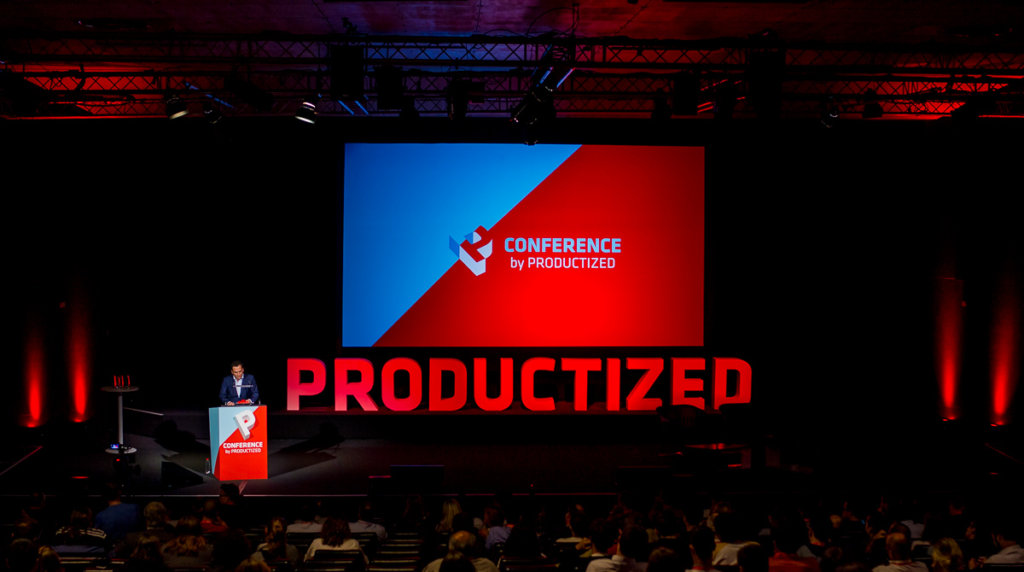 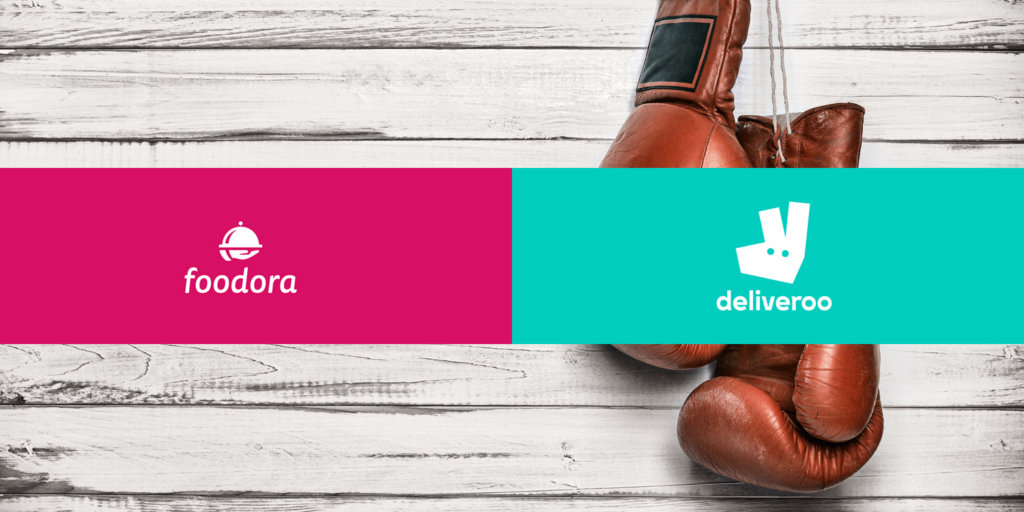 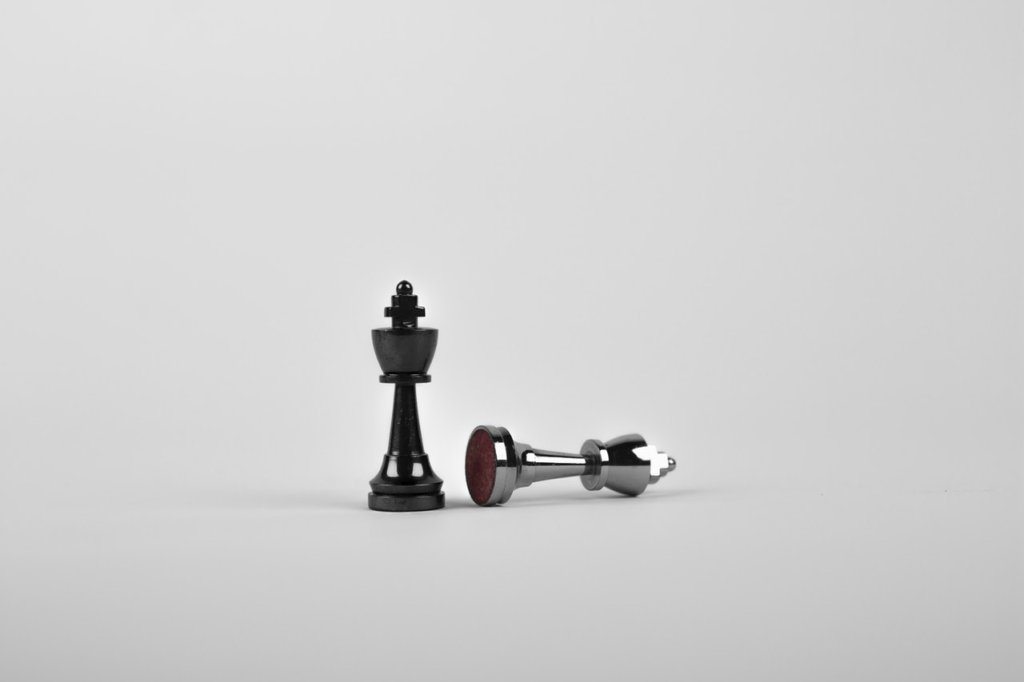